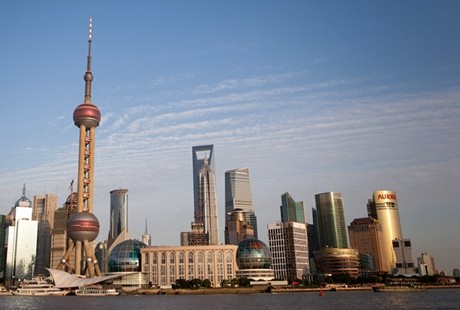 Called the Pearl of the Orient, due to its prosperity, Shanghai literally means above (shàng in Chinese) sea (hai), the East China Sea that is located on. Below are the 10 must do’s recommended by The Traveler of El Pais, due to the versatility of this Chinese metropolis.

The Maglev is the first sign of the Chinese ingenuity. On arrival in the airport of Shanghai, you can transit the 30 kilometres to the eastern district of the city, in just eight minutes. This Maglev train reaches more than 430 km/h!

The Bund is one of the most famous river trips in the world. When you think of Shanghai, the skyline, particularly spectacular Pudong financial district comes to mind. At nightfall, the lights from its towers and buildings reflecting on the river is stunning.

Take a walk to the nearby Hyatt hotel for a coffee or tea with excellent views of the financial district, the highlight of which is the Pearl TV Tower East, at 457 feet high.

Take one of the ferry boats crossing from one to the other side of the Huangpu River. This is a chance to really mix with the locals.

Take a walk through the entrance to the old town of Shanghai (Fangbang Zhonglu) where shops and stalls sell everything from food to souvenirs. Most popular is the Dongmen night market.

The Yu Garden is also located in Fangbang Zhonglu. It is a traditional Chinese garden, a labyrinth, with Ming rockeries and fish filled lakes.

In 1854, the British government negotiated an agreement with China that resulted in an area ruled by foreigners in Shanghai. France decided to sign an agreement that would give a separate area, and the result is a small strip in the vicinity of Fuxing Zhonglu with its ancient villas and narrow streets filled with French cafés, bistros and boutiques. It is the perfect place to stroll on a sunny day and enjoy a good coffee.

Located in central Shanghai metropolitan area, are Park and People's Square, symbols of communist power and an ideal place to relax in the heart of the city, this land formerly housed the Shanghai Race Club.

In People's Square also contains 2 other emblems of modernity and Chinese culture. They are the vanguard Shanghai Grand Theatre and Shanghai Museum, whose collection exceeds 120,000 pieces, with relics dating back to the Neolithic era.

Donglu Nanjing and Jiujiang Lu, are two of the busiest streets of Shanghai and a paradise for shopping lovers, with signature stores from all over the world.