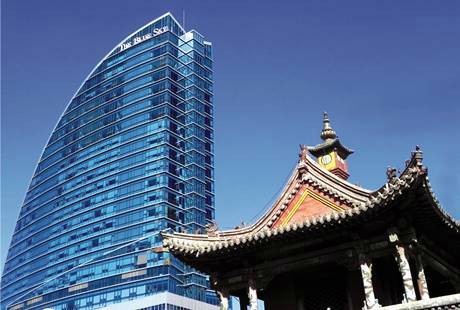 If Genghis Khan were alive today, he could recognize without much difficulty the land of his birth. In essence, it seems nothing has changed. Both the landscape and the way of life in a significant part of the population of Mongolia, one of the last nomadic remnants of the planet remain unchanged, frozen in time in the shadow of historical invisibility in which were plunged the remains of its former empire since his fearsome riders stop terrorizing the world over 800 years ago.

But if Mongolia is the Ying, in the form of virgin nature in its pure state is shown with the bright blue of its skies, and the vast green plains of Siberia winding the golden sand of the Gobi Desert; Ulaanbaatar fits very well to this yang.

A huge commercial city, heavy traffic, nightlife and bohemian counter-culture, the Mongolian capital is full of  excitement. The new buildings are built randomly, ATVs compete with yellow taxis to go through the streets and avenues of the capital. Islands of serenity can be found in the courtyards of monasteries and public squares. The river, the Tuul Gol, offers a cool respite to the south, while four sacred mountains surrounding the city supply a stunning backdrop. Constantly expanding, the ger (yurt) suburbs surrounding the city, offering a pre-Soviet urban planning air.

Ulan Bator, ever-changing may be the biggest surprise of an adventure in Mongolia.