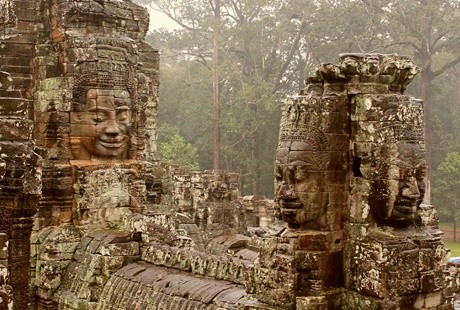 Bayon, in Angkor Thom center, is one of the most extraordinary structures of the city, and the purest expression of Angkor "lost civilization". This symbolic pyramid-shaped mountain temple rises in three Best Fake Breitling heights, and has 54 towers with over 200 large and enigmatic stone faces.

It is accessed through eight cruciform towers connected by galleries that once were covered and now are gradually being restored. In these galleries you can see some of the best Angkor reliefs, depicting everyday scenes and battle images, especially against the chams.

Each of the central towers are decorated with four huge mysterious smiling faces. Each facing one of the cardinal points. It is believed that this represents the bodhisattva Avalokitesvara, who looks over all and knows everything, personified by King Jayavarman VII.