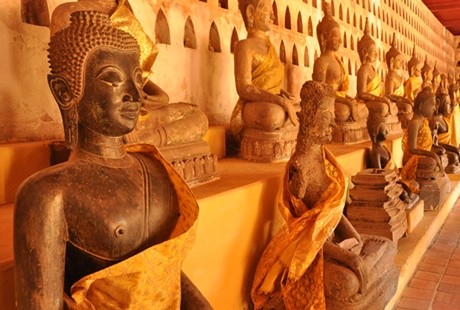 The oldest temple in Vientiane escaped destruction when the Siamese sacked the city and burned the rest of the temples. The Wat Si Saket was built in 1818 for King Anouvong, known as the Chao Anou, and it was here where the Laotian nobility swore shoesincreaseto him loyalty. The king turned against his former allies, the Siamese, and because of that decision, he lost the capital and his life.

The Sim has a beautiful roof with five overlapping planes that have been restored twice by the French, and so has a finish with a very European feel.