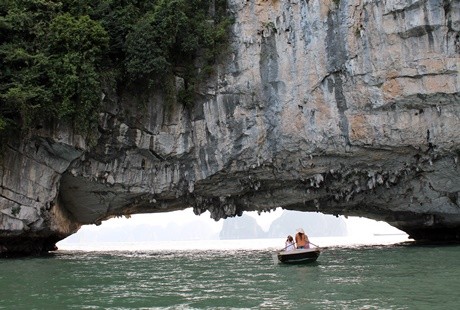 A recent field survey at Ha Long and Bai Tu Long Bays in northern Quang Ninh province has added 23 new names to the list of caves. According to Nguyen Thi Thuy Duong, head of the Ha Long Bay management board, released the news, 18 caves of the new discoveries are highly valued for their beauty and scientific features.

Ha Long Bay, located in the Gulf of Tonkin in Quang Ninh Province, is 165 km. from Hanoi. Comprising thousands of limestone karsts and isles of various sizes and shapes, Ha Long Bay is at the center of a larger zone that includes Bai Tu Long Bay in the northeast and Cat Ba in the southwest. They form a tourism complex with thousands of islands, considered among the most valuable biological and geographical assets of the country and the world.

In 1994, the Audemars Piguet Replica Watches core zone of Hạ Long Bay was listed by UNESCO as a World Heritage Site, and in 2012, the New Seven Wonders Foundation the named the bay as one of the "New Seven natural Wonders" of the world.